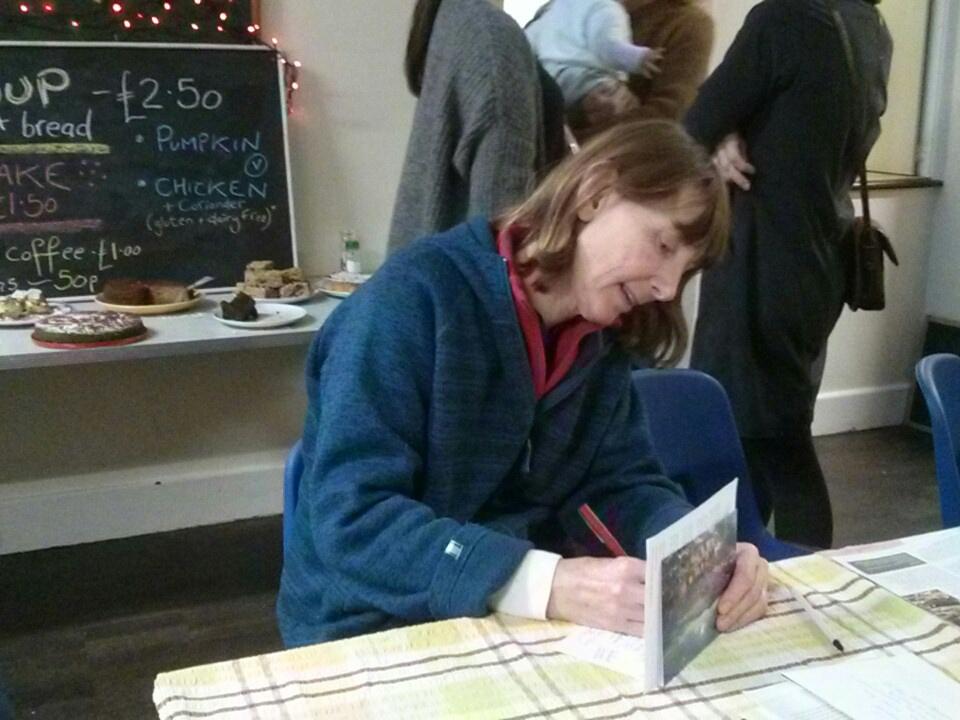 We had a steady number of people at the Cafe yesterday which involved Zari Tibet , Ben Powell as well as the usual soup and cake makers.  Zari Tibet brought lots of Tibetan handicrafts and Momos which went down very well.  We also had a campaigning table that allowed people to sign letters to their MPs regarding Tibet.  We chose the situation at Larung Gar as  the main focus of the day and cards were written and sent to local MPs: Michelle Donelan and Jacob Rees- Mogg asking them to write to Foreign Secretary Boris Johnson to raise the matter of Larung Gar with the Chinese.

We also wrote a Christmas card to Boris and the Chinese Ambassador Liu Xiaoming.